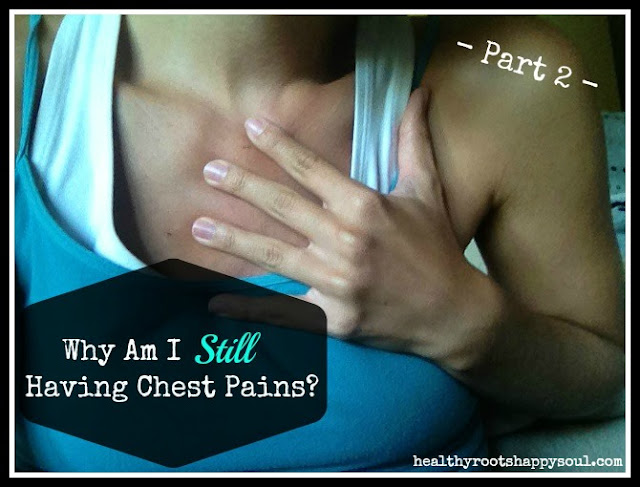 This is the second and last part to the post Why Am I Still Having Chest Pains? The Unexpected Discovery.

Un-freaking-believable! The earring in my ear was causing all this pain!? Dr. Williams told me that particular spot (forward helix) can cause major disturbances in the body including affecting the stomach and external genitals (#38 on chart to left).

Points in my ear affecting other parts of my body!? It did not sound crazy to me because our bodies are so intricate but I never knew something as simple as an ear could be so complicated.

The Helix and The Disturbance in the Stomach

I’ve never had forehead acne in my life. Ever. That is, up until just recently. It seems ever since I got my
wisdom teeth extracted my forehead broke out horribly! At first I thought it was my shampoo so I switched to a different one but the acne never went away. I thought maybe my diet might be affecting the random break out but my diet has not changed so I ruled out that possibility.

I did however still have minor digestion problems. Although it no longer felt like I had an alien in my stomach blowing bubbles, I can still recall telling my husband numerous times over the past couple months that my stomach was either hurting or I was really gassy. 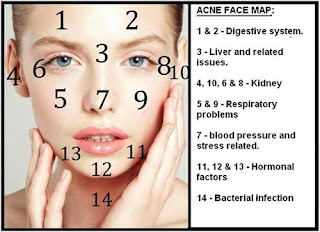 Could it be that because the helix is disturbed it was causing disturbances in my gut which then flared out and was being shown on my forehead? And was it also having a residual effect on my heart?

The Helix and The Disturbance in External Genitals:

I am going to go a little personal here but it’s only for the sake of my readers and if anyone else has this problem as well! Ever since Andrew has been born, my libido has been down. At first I thought it was maybe because I just gave birth and was adjusting to being a mother (especially that first period when I felt like a zombie due to lack of sleep). But it never got better. I couldn’t figure out why.

I asked Dr. Williams what she meant when she said “external genitals.” She replied, “Over stimulation.”

“Could that be causing a low libido?” I asked.

Her reply, “Of course, if you can imagine something being over stimulated constantly then why would you want to have more?”

Interesting……. don’t you think? Is it just a coincidence? Or could these issues really be related?

However, something I found particularly interesting, is this special point has been known to help reduce angina pain. But if a foreign substance has been continuously disturbing that specific point then wouldn’t you think there would be an opposite effect happening? What I’m suggesting — and I don’t know if this is true — is because the earring was located by the sympathetic point, an adverse reaction was happening. Instead of reducing angina pain, it was increasing the pain. So maybe my sympathetic nervous system has been exhausted because its almost been through something like Chinese torture (continuous water drops on the forehead for long periods of time)? If you held your finger on one point on your body for 5 years straight, what would happen? Would your body see this as a disturbance? How would your body react?

A picture plays into my mind when I think of how my earring may have affected my heart. If you could imagine the earring as a “sword” and the sympathetic nerve located by the front helix (point B on the diagram to the left) as a “heart,” then basically there was a sword in my heart, figuratively speaking.

Do I sound absolutely crazy or what?

I may be totally not hitting the ball in the park with my theory but I just can not understand what is going on with my heart and this is the only thing I can rationalize in my head!

Why — at 22 years old — am I still having angina? Why have I gotten the pains only after Andrew was born?

So I asked her.

She told me “that having a child is very hard work on a woman’s body and sometimes it can bring other things to the surface that may have been hidden.”

In the end, she sent me home with homeopathic drops to put on my earring hole twice a day for three weeks and asked me to report back to her when the period has ended.

I feel as if I have more questions than when I first arrived at her office.

So Did It Work?

I don’t know yet. It’s been almost two weeks since I’ve seen her and the other day when I was in the heat, the pain sprung up again. *sigh* I’m hoping my body just needs more time to heal. Only time will tell for now…

If in time my body does not heal, I will be participating in her constitutional homeopathic remedy that plays on the “Sankran System.”

One of the major tenets of this System is that through inquiry into the sensation level – which is more deeply experienced than thoughts – the appropriate remedy can best be determined. This remedy, chosen by whether an individual exhibits a plant, mineral or animal non-human vital sensation, can then most effectively treat a patient’s chief issue(s), or “central disturbance.” (source)

I do however want to say that almost immediately after I took the earring out of my helix and put the drops on the hole, my acne has started to clear up. It’s looking way better than it has in a long time. …….at least something is getting better!

This has been really debilitating for me — I can’t even take my son to the park when it’s hot because I become so uncomfortable — and I am hoping to find a cure so I can continue on with my life. I’m tired of being afraid that I may experience a heart attack when I’m outside in the heat with my son. I’m tired of limiting myself to activities because of my condition — a condition that no one can seem to diagnose!

Have you ever had a condition that no one seemed to figure out? What was it? And how is it now?

'Why Am I Still Having Chest Pains? The Unexpected Discovery [Part 2]' has 10 comments